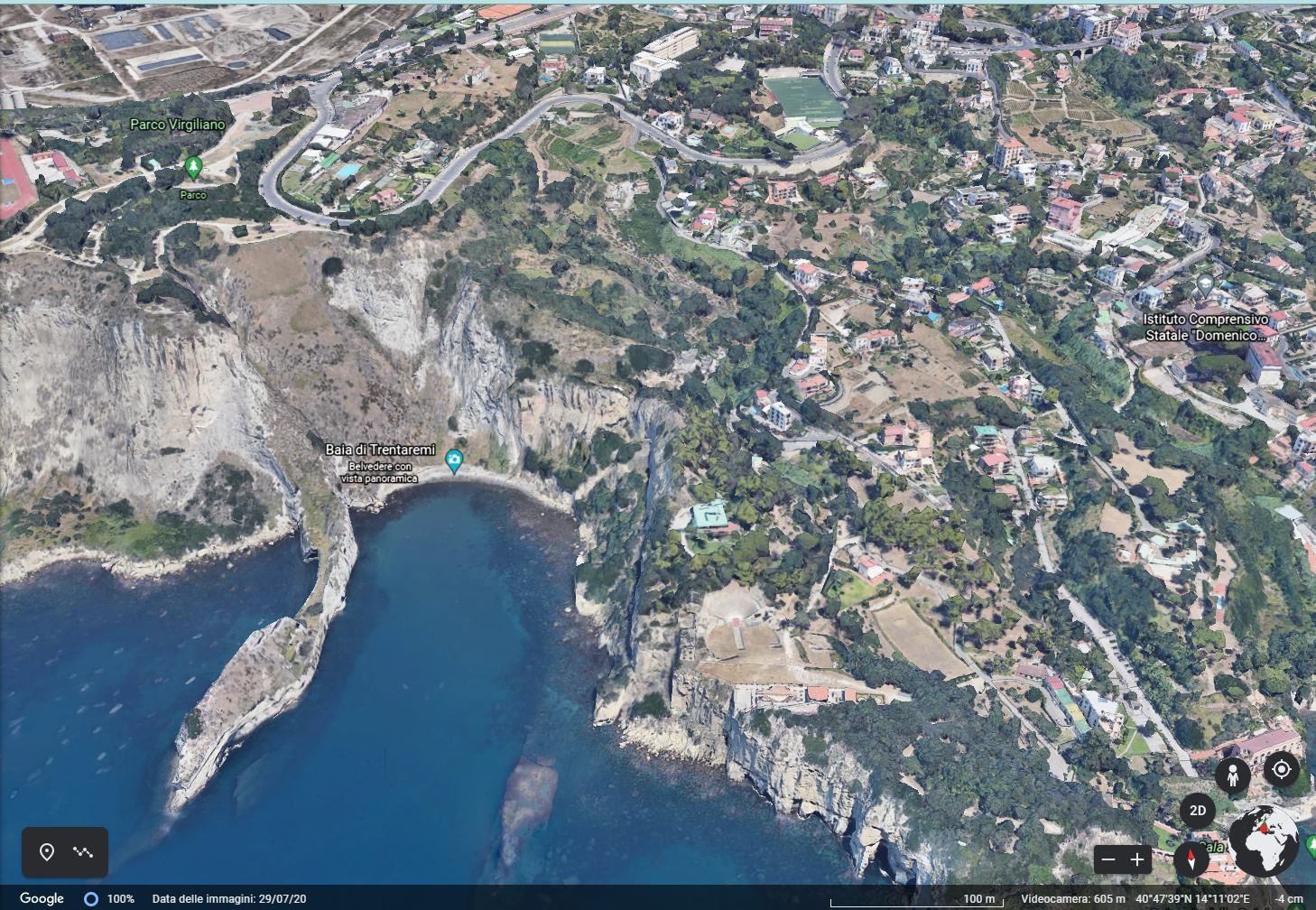 Naples is part of the active Campi Flegrei (Phlegraean Fields) volcanic field. Naples hills are mainly modelled by volcanic and volcano­tectonic processes. The ancient core of these hills is made up of coalescent tuff cones and a lava dome. Remnants of this ancient activity are draped by a thick succession of pyroclastic deposits comprising large, caldera-forming ignimbrites (Campanian Ignimbrite, 39 ka and Neapolitan Yellow Tuff, 15 ka), phlegraean tephra and monogenetic vents (e.g. Trentaremi and Nisida volcanoes). The western area of Naples collapsed during both ignimbrite episodes. Stratigraphical and geochronological data show that the volcanic activity in the city of Naples has lasted at least 78 ka. This persistent volcanic activity indicates that this urban sector of the Campi Flegrei volcanic field, could be considered as a likely eruption location for the next event.
Google Earth WEB 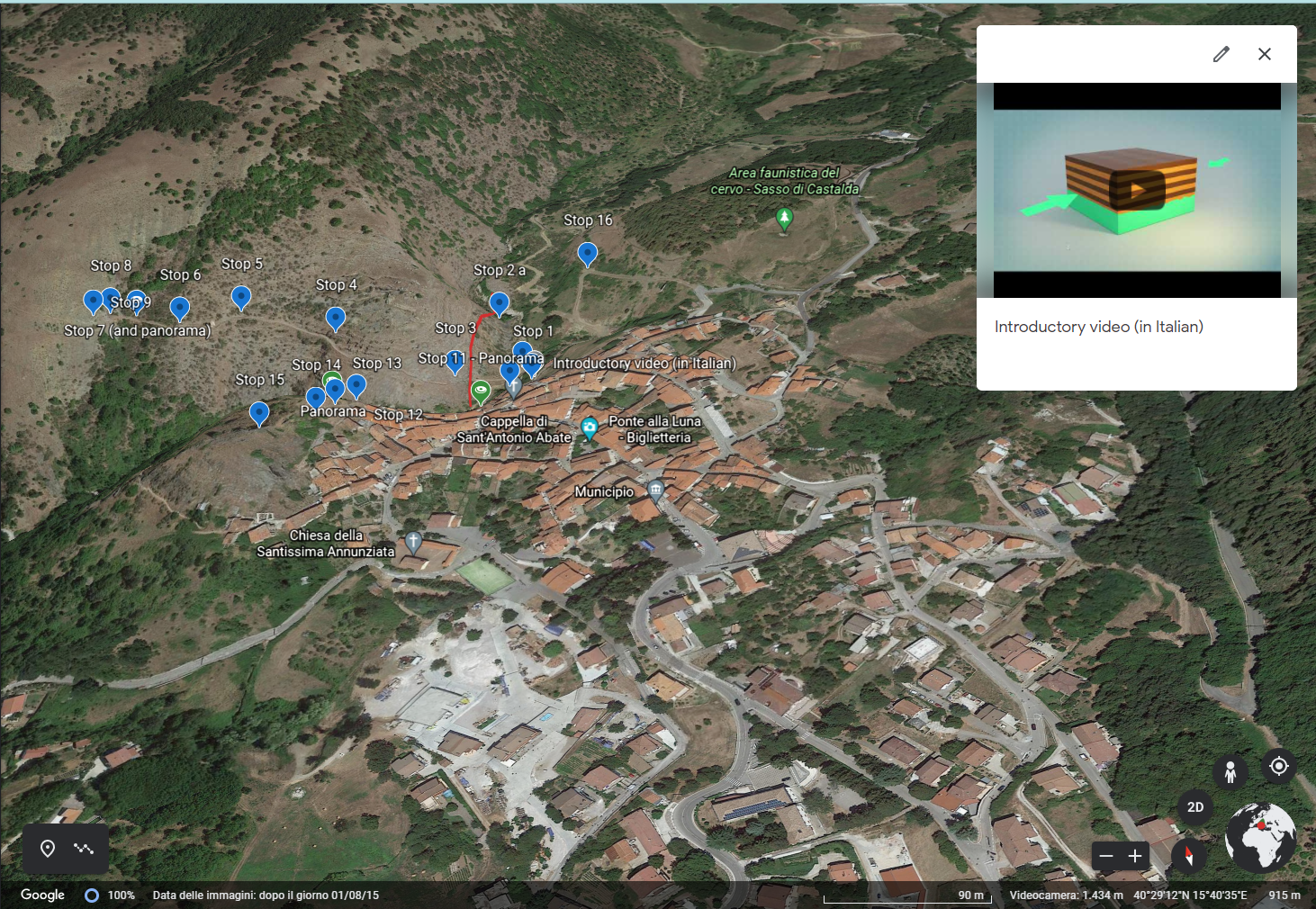 This virtual field trip allows you to observe the three most characteristic Mesozoic Formations of the Lagonegro Basin Units cropping out in Basilicata and, specifically, in the Sasso di Castalda area.  These are, from the bottom to the top in the stratigrapgy, the "Calcari con selce" Formation, the "Scisti silicei " Formation, and the "Galestri" Formation.  The itinerary allows you to recognize the stratigraphic passages between the various formations.  Finally, at the base of the "Scisti silicei" Formation a member of red pelites, chert, and risedimented limestones crops out.
The observable structures in the area are a large fold with an axial plane plunging towards the NW and an oblique slip fault with N20 strike.
Google Earth WEB 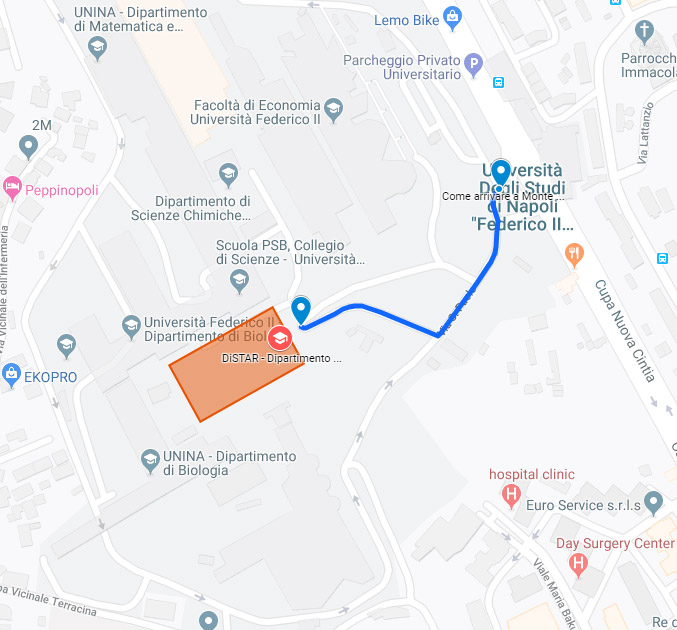