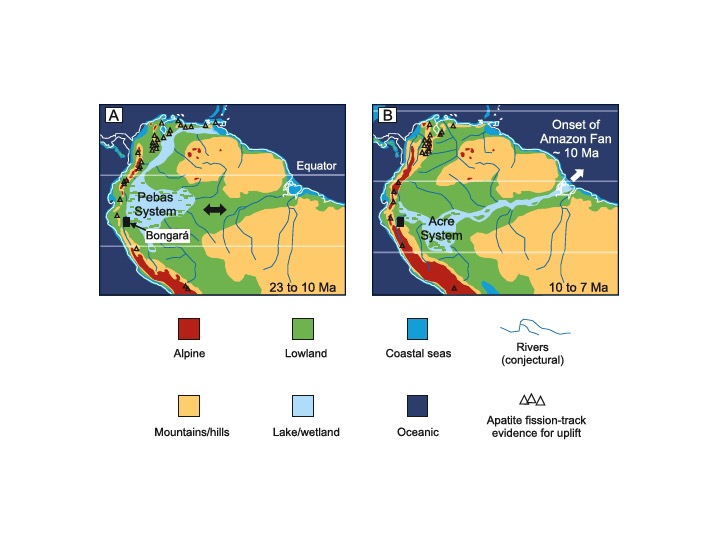 The Cristal Zn prospect is located in the northernmost part of a wide mining district corresponding to the â€œCharlotte BongarÃ¡ Zinc Projectâ€, which covers an area of approximately 110 km2 in the Amazonas region in northern Peru. The mineralized area consists of many Zn occurrences that contain mixed sulfide and nonsulfide mineralizations. The nonsulfide ores are interpreted to be the product of weathering of primary MVT sulfide bodies. The Zn concentrations of the Cristal prospect are hosted by platform carbonates of the Condorsinga Formation (Early Jurassic), which belongs to the PucarÃ¡ Group. The prospect extends over an area of approximately 2Ã…~1 km, with nearly continuous zones of Zn enrichment that has been detected in soil and rock samples. The nonsulfide mineralization consists mainly of semi-amorphous orange to brown zinc â€œoxidesâ€ that include hemimorphite, smithsonite and Fe-(hydr)oxides. The most important mineralized areas are the Esperanza and Yolanda occurrences, which were also most intensively explored. In both occurrences, the supergene Zn-carbonates and silicates infill solution cavities, or replace the carbonate host rocks and/or the primary sulfides, forming smithsonite- and hemimorphite-rich mineralizations. The analyzed drill core samples have on average 20 wt% Zn and maximum Ge concentrations of 200 ppm. The BongarÃ¡ area experienced a prolonged phase of weathering from Miocene to Recent under tropical climatic conditions. In these conditions, the weathering processes affected many pre-existing sulfide deposits (e.g. Cristal, Florida Canyon, Mina Grande), where supergene profiles were developed under locally different settings that are defined primarily on the basis of mineralogical and geochemical data. Contrary to the Mina Grande deposit, at Cristal, the development of a karst network was minor due to limited uplift, and supergene alteration did not completely obliterate the roots of the original sulfide orebody. The mineralogy and geochemistry of BongarÃ¡ nonsulfides is dependent on two main factors at the local scale: (1) uplift rates, and (2) host rock composition. The latter may have favored the development of more (e.g. Mina Grande) or less (e.g. Cristal) alkaline supergene environments. Uplift was controlled by the activity of local faults, which allowed the exposure of sulfide protores at variable elevations in different periods of time and hydrological settings. Such different settings resulted in the precipitation of isotopically different supergene carbonates (e.g. smithsonites and calcites at Mina Grande and Cristal).