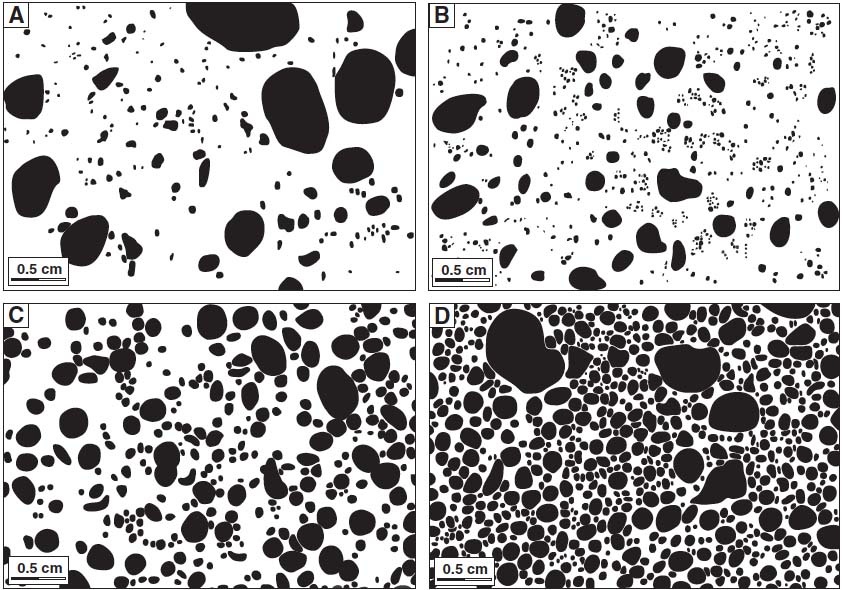 Southern Italy karst bauxites occur in Apulia and Campania regions. In Apulia there are the autochthonous concentrations of Spinazzola (Murge) and San Giovanni Rotondo (Gargano), as well as the allochthonous Salentotype deposits. Typical Campania bauxites are those of theMateseMts and in the Caserta area. During Cretaceous, both Apulia and Campania experienced sub-aerial carbonate exposures, which promoted bauxite accumulation. Southern Italy bauxite deposits share the same ooidic texture consisting of sub- circular aggregates dispersed in a fine-grained matrix. The ooids are mainly formed by a large core of Al-hematite surrounded by alternating layers of boehmite and Al-hematite reflecting dry andwet climate periods. The ooids of the allochthonous Salento-type bauxite consist of a large boehmite core surrounded by a thinner rim of Al-hematite. Image analysis, performed on these karst bauxites provided geometric data such as ooids circularity and aspect ratio, number of ooids and fractal dimension D. In the Southern Italy bauxite deposits significant correlations exist between the results of image analysis and compositional data. In the allochthonous Salento-type bauxites significant correlations between geometric features (number of ooids and aspect ratio) and some critical elements (Sc, Ni and REE) have been observed. In the autochthonous Apulian bauxites a significant correlation between Ni and circularity has been observed instead. The arrangement and the growth of the ooids can be described with a molecular diffusion pattern, and their growth can be described in terms of fractal geometry. The values of fractal dimension are different between Apulia and Campania bauxite deposits, this suggesting that during long-lasting sub-aerial events, the diffusion-limited cluster aggregation process may prevail over the simpler diffusion-limited one, which is responsible for ooids formation during time-limited exposure events. Image analysis and its integration with other analytical techniques provide interesting information about the genesis of bauxite deposits, and can therefore represent an innovative and useful tool for the exploration of bauxite ores.
Keywords: Karst bauxites, Southern Italy, Image analysis, Fractal dimension, Significant correlation, Bauxite ores exploration