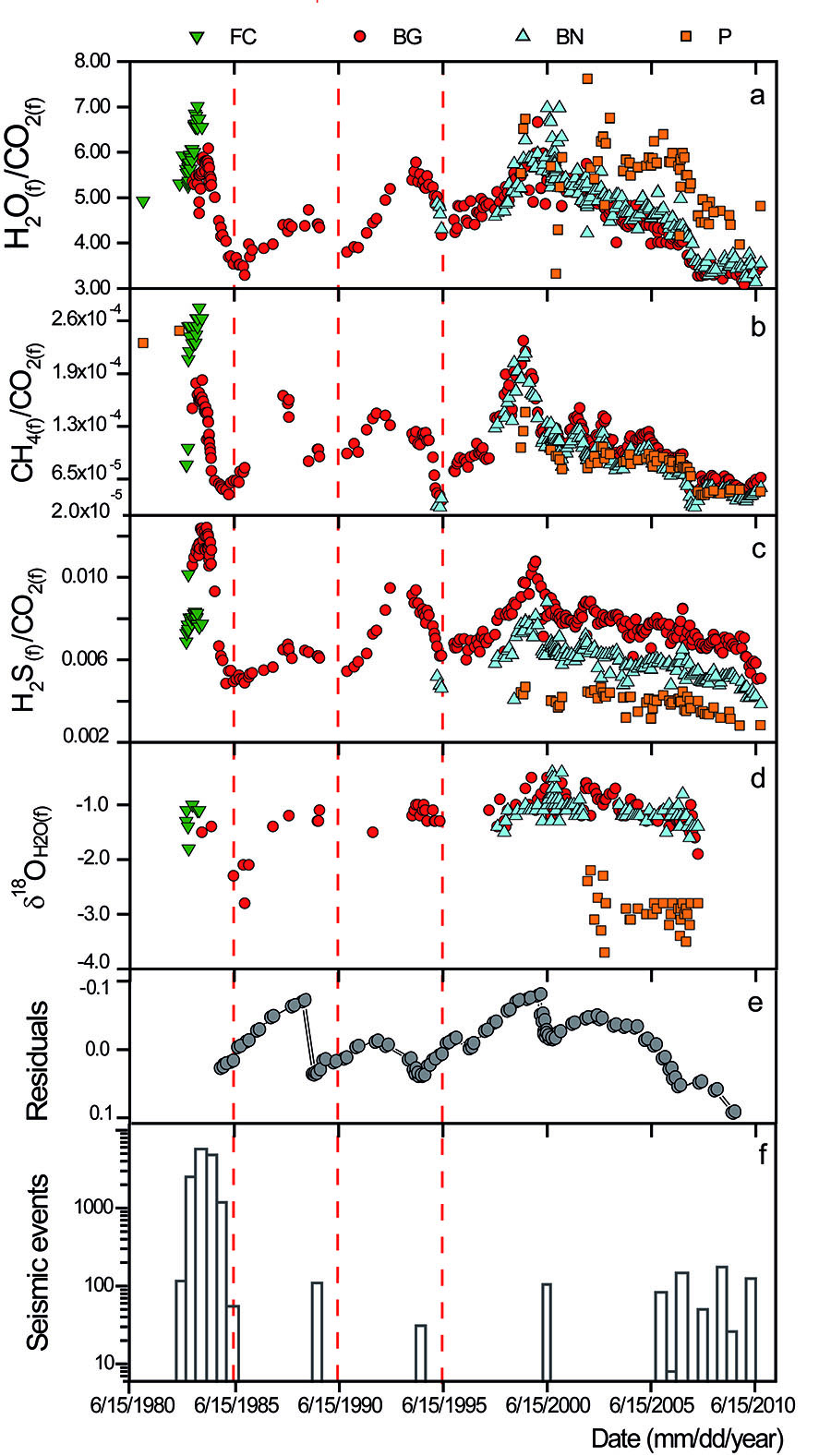 Persistent degassing of closed-conduit explosive volcanoes may be used to inspect and monitor magmatic processes. After interaction with shallow hydrothermal fluids, volcanic gases collected at surface can differ substantially from those exsolved from magma. We report here on an innovative approach to identify and separate the contribution of variable magmatic components from fumarolic gases, by processing the 30-year-long geochemical dataset from the Campi Flegrei caldera, Southern Italy. The geochemical record shows periodic variations, which are well correlated with geophysical signals. Such variations are interpreted as due to the time-varying interplay of two magma degassing sources, each differing in size, depth, composition, and cooling/crystallization histories. Similar multiple degassing sources are common at explosive volcanoes, with frequent ascent and intrusion of small magma batches. Our innovative method permits the identification of those magma batches, which contributes to the interpretation of unrest signals, forecasting and assessment of volcanic hazards.