The fluids and geochemical evolution of magmatic systems

THE FLUIDS AND GEOCHEMICAL EVOLUTION OF MAGMATIC SYSTEMS

The structured researchers pertaining to this research are: : Annamaria Lima (coordinatrice), Benedetto De Vivo, Claudia Cannatelli, Stefano Albanese
Non-structured researchers:  Dr Rosario Esposito, Angela Doherthy, Rita Keblez, Daniele Redi;
Doctoral students: Denis Zamboni
The group involved in this theme of research applies, in particular, methodology related to the study of fluid and silicate melt inclusions, to determine the evolution of the fluids in petrogenic, magmatic, volcanic and hydrothermal environments.  Through the analysis of fluid and melt inclusions, it is possible to track the evolution of magma from the source, through ascent, to the surface.  Knowledge of the chemical composition of fluid and melt inclusions, including their volatile contents, is of fundamental importance to the understanding of the magma dynamics, the mechanisms of explosive eruptions, and the residence times of crystals in the magma chamber, and therefore provides important information for the mitigation of volcanic risk. 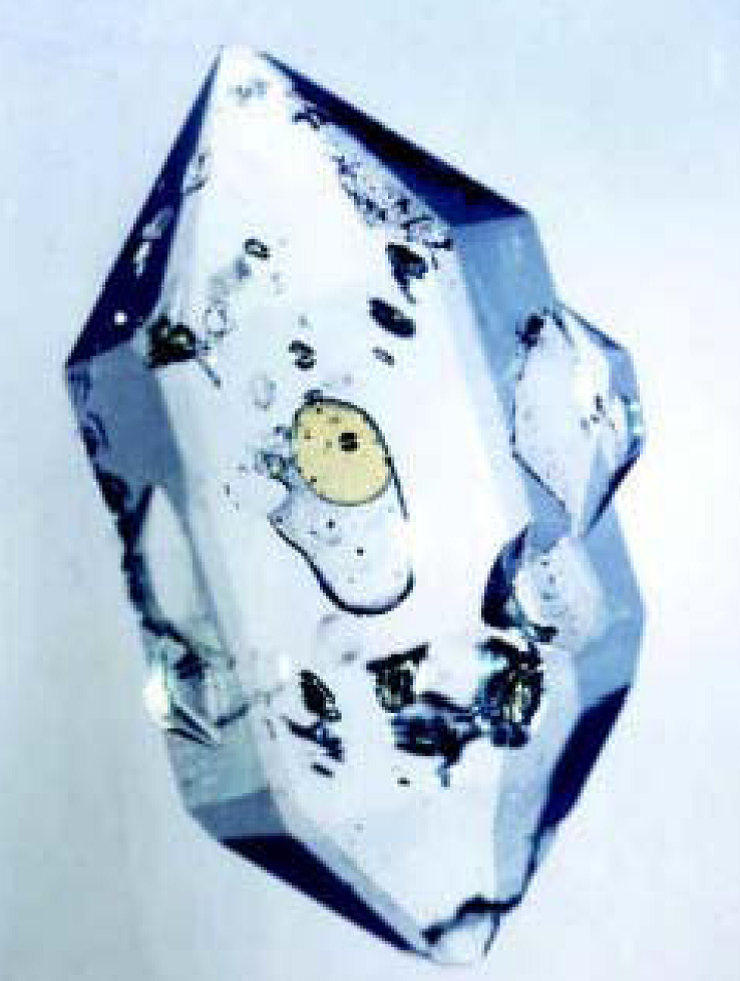 hat are fluid inclusions (FI)?
- They are cavities with dimensions of a few micrometers which contain fluid(s) ± solids, trapped within minerals;
- They are formed following the mechanisms of growth, precipitation and/or dissolution of minerals ;
- They are the only direct evidence of fluids that, in the more or less recent geological past, have been in contact and reacted with the rocks.
What are the fields of application for FI?
After the pioneering work of Sorby (1858), the study of fluid inclusions saw remarkable development in the second half of the last century with regards to the information obtainable with the perspective: “Geology is a science whose objective is to reconstruct events”. In particular:

- They contribute to the understanding of the diagenetic system;
- To the understanding of the evolution of sub-surface fluids;
- To the study of the formation of mineral deposits;
- To the study of petroleum migration;
-To the reconstruction of the thermal, tectonic and stratigraphic evolution of the sub-volcanic system;
In particular, the importance of FI as a tool for exploration is highlighted by the study of the depositional environments of the mineralization as it provides information on the parameters of temperature, pressure, density and chemical composition of the mineralizing fluids.  This allows us to understand how a certain type of mineral deposit is formed and where we can search for new deposits.
What are magmatic/melt inclusions (MI)?
MI differ from FI in that the cavities in the mineral are filled with magmatic melt. 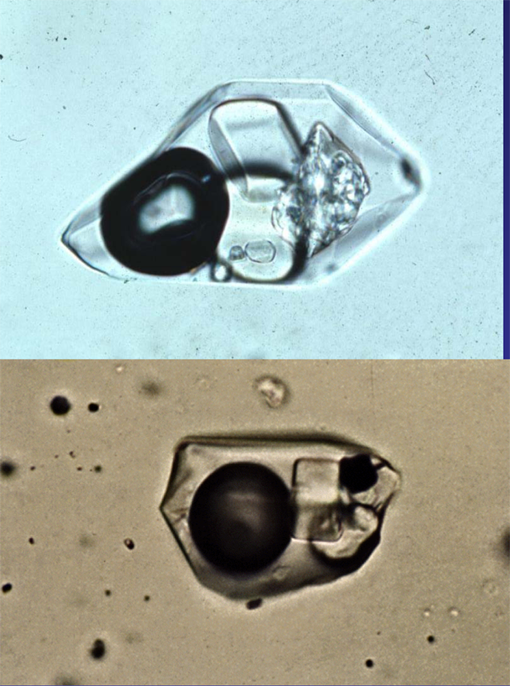 What are the fields of application for MI?
The droplets of magma that become entrapped in the crystals, which are formed during cooling, can provide information for petrogenic, magmatic, volcanic and hydrothermal study.  Recently, thanks to next-generation analytical techniques (such as SIMS, LA-ICPMS) which allow the determination of trace elements, stable and radiogenic isotopes with only an infinitely small amount of material, the study of MI has undergone remarkable progress.  Since MI do not degas during eruption and represent a closed system, they can be used in volcanic research as a valid instrument for the determination of the concentration of the volatile elements in the pre-eruptive conditions in the magma. The knowledge of the concentration of H2O, CO2, Cl, F and S, holds primary importance for the understanding of magma dynamics, the mechanisms of explosive eruption, the emission of gas from active volcanoes and for the role of magmas in the formation of the hydrothermal ore deposits.
Prof. De Vivo was one of the first Italian scholars to work on this research theme. In 1978, Prof. De Vivo set up a laboratory for the study of FI and MI (http://www.fluidenv.unina.it), and formed this research group promoting collaboration with researchers of the institutions listed above.
Since 1978, the group has published the results of numerous research projects regarding the study of FI and MI in the fields of volcanology, petrology, geothermal and ore deposits.
The application of the study of FI and MI to volcanologyhas concerned: the volcanic system of Somma-Vesuvio, the Hawaiian Islands, the Hyblaean Mountains, the Aeolian Islands, Pantelleria and the Pontine Islands.
The application of FI and MI to the study of geothermal fieldswere conducted: on the geothermal fields of Larderello-Travale, the Phlegrean Fields, in the Sabitini volcanoes, at Vulcano, at the Alban Hills and in the geothermal area of Sengan, Japan.
The application of FI to the study of mineral depositshas concerned: the barite deposits of Fiumarella (Catanzaro), fluorite mineralization of Sarrabus, Sardinia, sulphur mineral deposits of Maremma Toscana, fluorite mineral deposits of Camissinone, Val Brembana, Bergamasque Alps, the mines of Masua, fluorite mineralization of NW Sicily, mineralization related to granitoids of the Calabro-Peloritani Arc associated with geochemical-petrographic studies, in particular, of the granitoids of the Sila and Serre regions in Calabria. 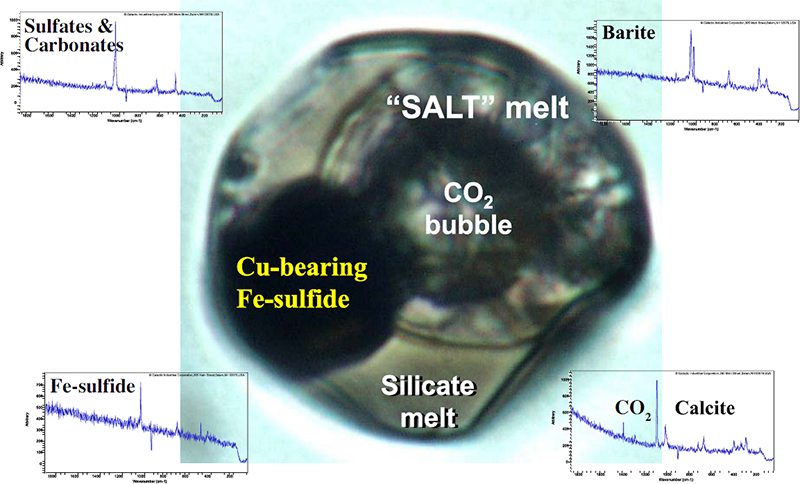 In this figure, a complex fluid inclusion in a crystal of clinopyroxene found in a xenolith nodule from the island of Ventotene. From an article in Elements (January 2005) written by De Vivo B., Lima A. and Webster J.D.
Collaborators:
Selected scientific publications on this research theme: :